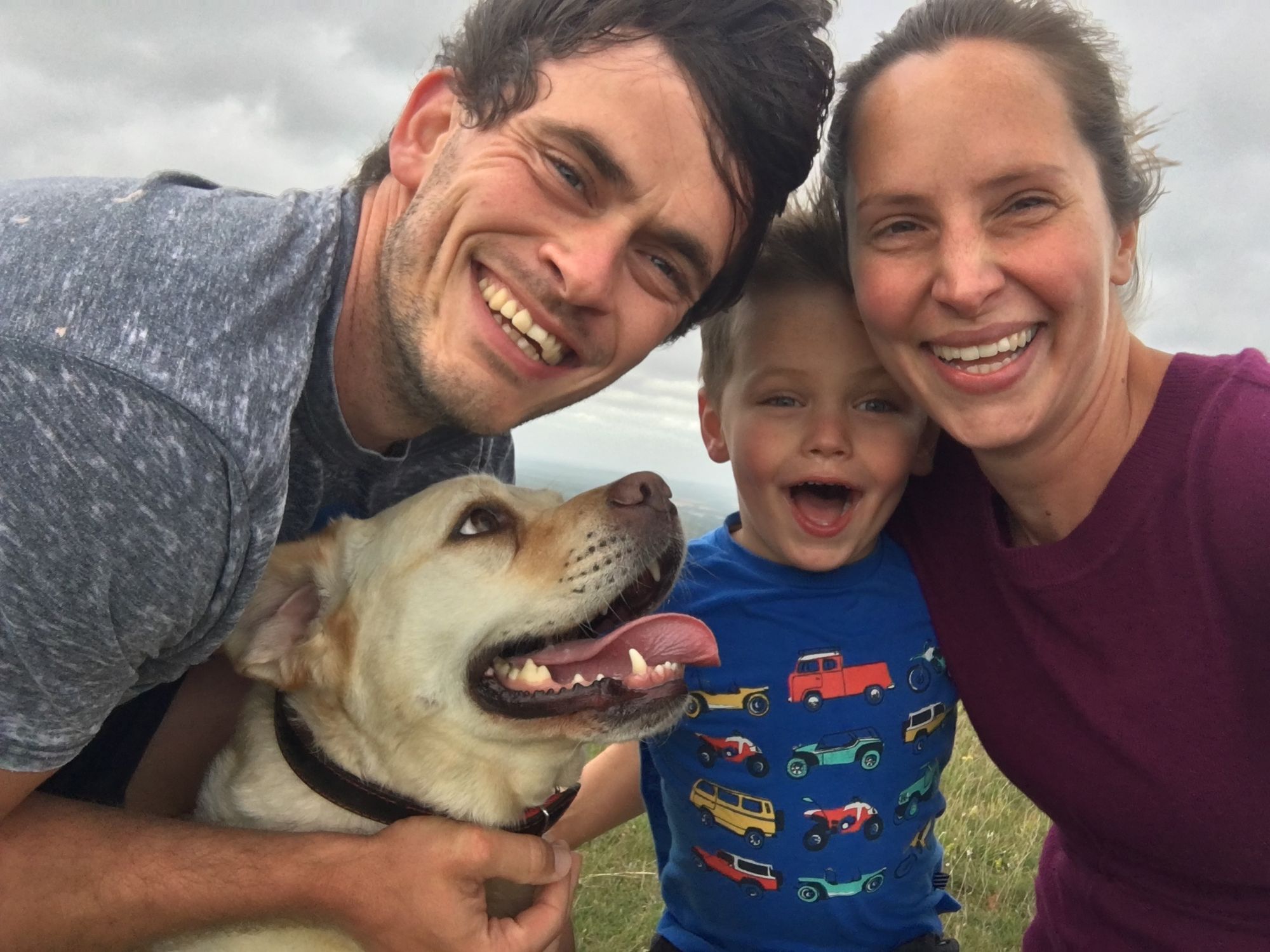 Greg loves rugby, and pretty much any sport! More than that, however, he loves hearing the reply, "you're too young to be a vicar..."

Greg first studied Architecture down at Plymouth University before going into a different sort of building work - ordained ministry - being a builder for God's Kingdom! For this he went back to University to study Theology, which he did at Cambridge University where he carried on playing rugby gaining 'blues' in both League and Union. Greg has the awesome record of playing in five Varsity Matches and losing every single one!

Greg is married to the lovely Ele. They have one son, Joshua Caleb, who is obsessed with their golden Labrador, Tala, who, in turn is obsessed with smelly canal water! Greg and Ele are both passionate about making Jesus known. Greg acts as a Sports Ambassador for the Diocese, sits on Diocesan Synod, and is Chair of the GDEF (Guildford Diocesan Evangelical Fellowship). 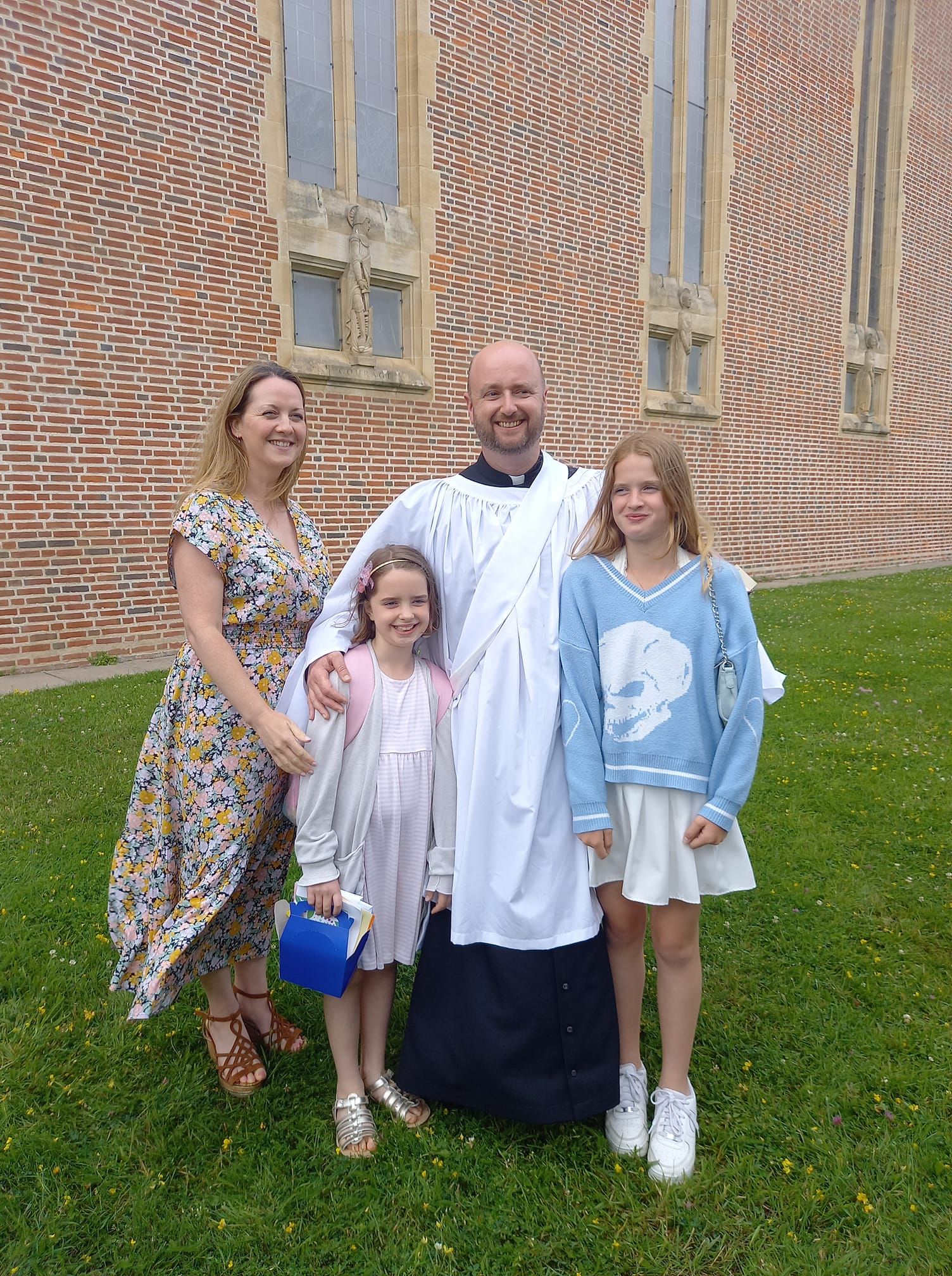 James and Jenny come from good church stock – James’ Dad and Jenny’s mum are both Ordained clergy, his uncle is a retired Area Dean, cousin is a Baptist minister, and sister and brother-in-law lead a free-church in Liverpool.

He began life in Wolverhampton, and is still proudly a Wolves FC fan, even if visits to the Molyneux are few and far between, and very much a Midlander at heart who has been drawn further south through his life to Warwick, Oxford, North London, Godalming, Haslemere and now to Alfold and Loxwood.

During his time at university, he took part in as many games and sports as his enthusiasm rich, yet modest skill-set would allow, finding a real passion for rowing, go-karting, life-saving, backgammon and bridge, where he was a former England U20 triallist. After two degrees in Maths and Zoology at Oxford, James found himself falling in love with teaching, just as he found his real faith in Jesus, and loved sharing his love of Jesus, Maths and Sport to thousands of children across a 20-year teaching career encompassing four schools, the latter two he was privileged to be Head of, before his call to Ordination.

When he wasn’t training for Ordination, he spent a good proportion of his spare time in recent years supporting schools, as a Governor to two schools and also serving on the Surrey leaders of governance scheme, awaiting parachute deployment to help schools that got themselves into difficulty. Outside of his passion for education, James is a Team Leader for the Guildford Street Angels, and heads out into town on a Friday night each month to be part of a team aiming to show the light of Jesus to those vulnerable and in need.

James also loves long walks, especially around Britain’s coasts and great rivers, and recently achieved a life-goal to walk the length of the river Thames from source to sea (200 miles), as a pilgrimage with his dad and a close friend.

James is married to Jenny and they have two daughters, Ella and Thea. Both of them have many obsessions – from sport to music, and most definitely Harry Potter. Jenny is a talented singer and flautist, and works for Guildford Homestart; a charity who seeks to meet with very vulnerable families and provide care, intervention and both volunteer 1:1 and group support to parents in need. 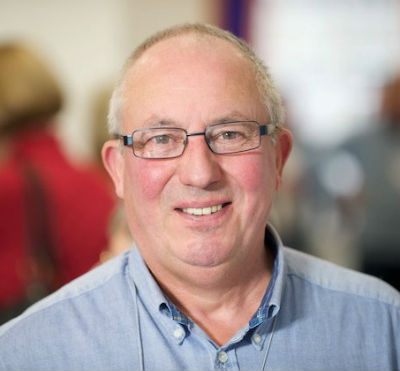 Married to Liz for 46 years with two children and six grandchildren. Mike served as a Navigating Officer in the Merchant Navy for 11 years before working in the City in Marine insurance. In 1990 he became a full-time youth worker in his local Church in Essex, moving to Ireland three years later. There he remained, ending up as Diocesan Youth Officer and Lay Reader until he retired in 2011. Mike and Liz moved to Alfold in 2013, becoming licenced in Guildford Diocese in 2014. Mike's hobbies include cooking (and eating!), walking, reading and messing about in boats when he gets a chance. Mike's ambition is to be as great a person as his dog thinks he is! 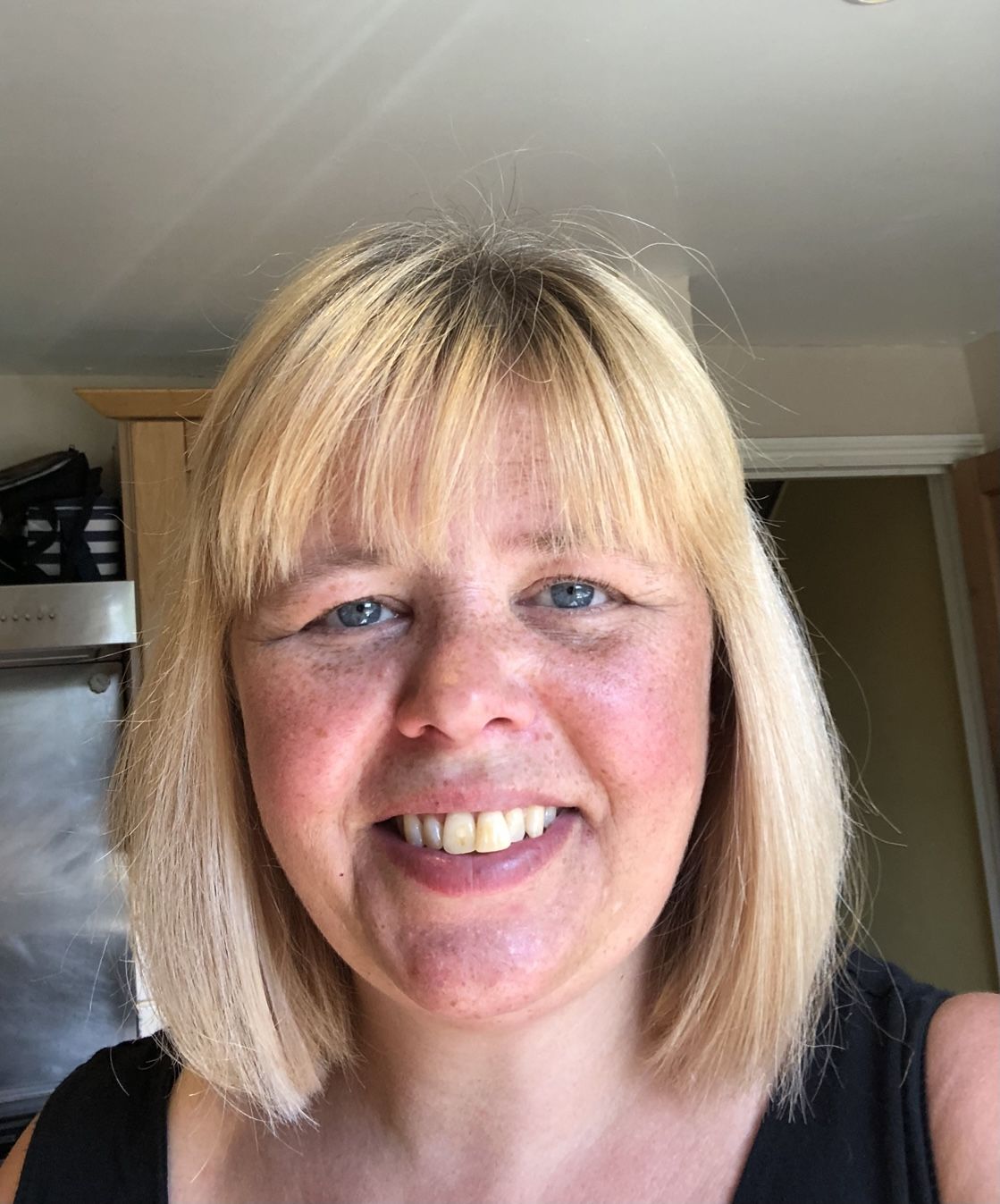 Emily has lived in Alfold most of her life, with her two children, recently moving just up the road to Cranleigh.

Emily has been working as Parish Administrator for 8 years now.  Out side of work Emily is Mum to Sean and  Amber.  She loves to walk her dogs, read when she has a chance and have a delicious glass of cold wine!! 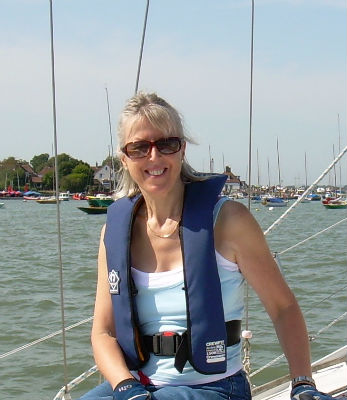 Marjorie was authorised as a Pastoral Assistant in 2012 and became a member of the Parish Ministry Team who try to identify need and the provision of care across our community.

Marjorie is married to Martin. They came to live in the countryside in 2009 and love their rural environment.

Marjorie worked for the NHS for thirty four years, but is still trying to find time to be retired! Marjorie is a very proud Mum to Matt and Grandma to Charlie and Henry. 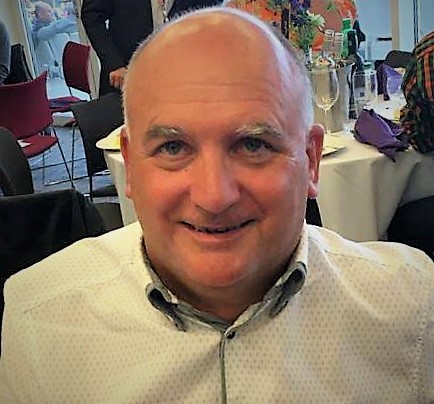 Trevor has been married to Amanda for 31 years and they have 2 daughters, plus 2 beautiful grandchildren. He has lived in the parish for 28 years, and has been involved in local cricket, darts, plus other community interests during that time .

Trevor is a big Brighton and Hove Albion fan, supporting them through good and bad times, (mainly bad), but is proud that the club has survived having faced being wound up, but for one kick of a ball. He is a qualified scuba diver and loves being under the water, where Gods world is in his opinion at its best. His dream is to dive with Manta Rays, one of the most majestic of the underwater world.

After working in the charity sector for over 25 years, he has set up a small construction company serving the local area, which he hopes will free up some time for him to get better at golf! 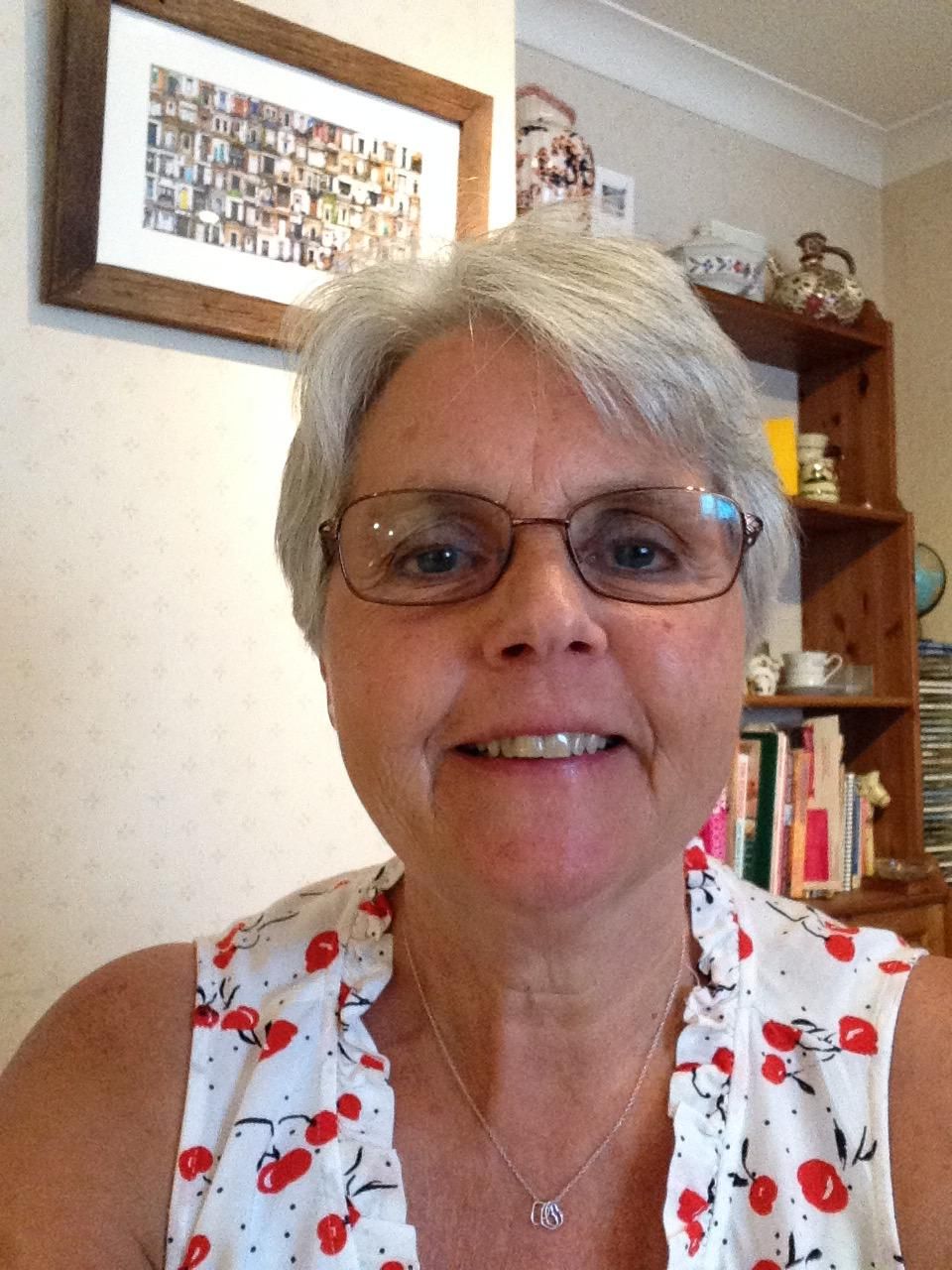 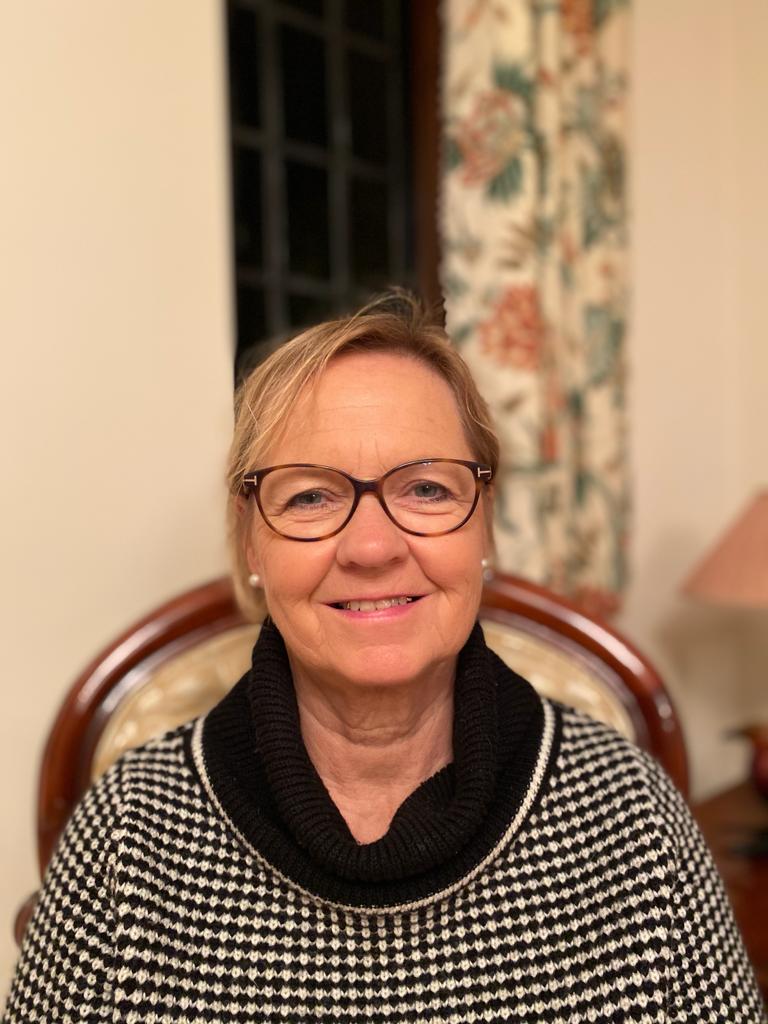